We receive similar questions about Kimono all the time, so we've put together FAQ's.

Originally the word, Kimono was a generic term for clothing. It literally meant things to wear, and that's what everyone in Japan used to wear before Meiji era.

Also the word, Wafuku (Japanese clothes) is often used to describe Kimono these days as opposed to the word, Youfuku (western clothes).

What kind of Kimono are there?

Which Kimono should I buy?

KI series Kimono are somewhat westernized Kimono, and it is easy to wear and take care of. It comes with a belt and you do not need to know anything complicated to wear it. If you are looking for something you can wear as a nightgown, this is perfect.

On the other hand, VIK series Kimono are vintage Kimono. They are traditional Kimono, just like people in Japan wear. To actually wear this kind of Kimono, you need many accessories and need to learn how to tie Obi (belt). So, most people who buy these Kimono have told us that they are using it for interior decoration. But of course, it is possible to wear this in a non-traditional way, and we would like to encourage people to invent new ways to wear this.

If you would like to obtain something real and traditional, and if you would like to actually wear it without learning anything complicated, look for Haori and Michiyuki on the Kanaiya website (Kanaiya is a company in Japan with which we have a special agreement that you can order anything from their website through our company for the same prices). They can be worn like a jacket, and you do not need to know anything complicated.

How can I wear a traditional Kimono?

If you are interested in wearing a real kimono in a traditional way, here are the step-by-step instructions.

First, you need these accessories to tie Obi. 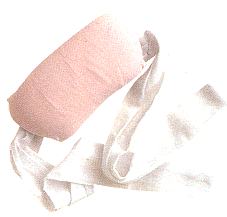 Obimakura: This gives the Obi volume. 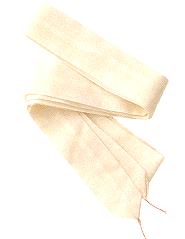 Koshihimo (Karihimo): Tied underneath Kimono and prevent it from getting worn out of shape. 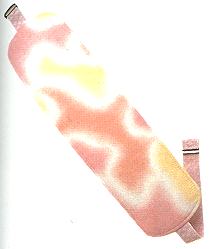 Obiita: Worn underneath the Obi and prevents it from getting wrinkled. 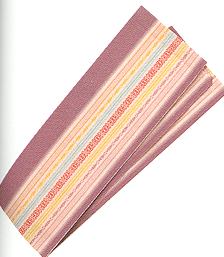 Datejime: Tucked in under the Obi and prevents it from getting wrinkled.

How to wear Nagajuban

Nagajuban is like underwear, and it is worn underneath the Kimono.

How to wear Kimono

Go to the Catalog on the Web.